These days I’m falling into bad mood. My friends cancel the promise that have made long-long time before (and has been rescheduled time to time), got so jealous for Lee Seung Gi Attender concert (Sorry, but can’t help to be not jealous…) which I can’t afford even for the flight ticket (sulk..sulk).

So I decide to browse against my mood, and there, I find the missing corner. Utada Hikaru, a.k.a Hikki!

I’m surprised! How come I didn’t see this one???

This time, the girl not just singing, but also directing the clip! Awesome!!

And she keep me admiring her by sharing the clip into youtube, not like anyone else who ban it, she SHARE it! Great! And it’s not just this clip, she has her own channel in youtube, check it on: www.youtube.com/user/hikki, she put almost..oh all!? off her video clip on there. And it just made me love her more!

Btw, the clip itself has unique theme, Hikki as the director of this clip (seem she learn a lot from her ex husband) presenting us scene of her singing in front of webcam and uploading it into Utube, (yeah Utube!) here is the thumbnail:

Lovely and cute, are the perfect description for this clip.

And the lyrics? Here they are: END_OF_DOCUMENT_TOKEN_TO_BE_REPLACED

This is probably the most emotional part I’ve made in this blog. Until now, I never openly show my support for MC Mong in this blog. I just show it through my comments in other blog and posting about his lyrics in here, but hearing this song is remembering me of him. The song itself played in 1 night 2 days episode 174, during the sleeping time. Somehow I feel like Mong saying good bye through this song. It’s weird, since I don’t remember anyone but him. Most probably because I keep noticing the members took hard time while listen to the song.

Some people (Korean) said that because the song itself has touching lyrics, and no connection with MC Mong at all. And maybe that’s right, but the person who know the truth are only the members. So for this time, let me think that they (the members) DO support and love Mong, and its show through the time that this song played.

Screen caps of the situation are under the lyrics. I’ll be glad if you want to comment and discuss about it here. 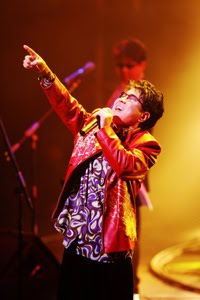 END_OF_DOCUMENT_TOKEN_TO_BE_REPLACED

Before I get going on my promise before about My Girlfriend is Gumiho (Which I get hooked on because Lee Seung Gi) I think I should introduce the writers of the series: Hong Jeong Eun and Hong Mi Ran or best known as Hong Sister. I gotta give some review for their works.

My first encounter with the duet’s work is Delightful Girl Choon Hyang, which broadcasted in my country as Sassy Girl Chun-Hyang. The show totally won my heart at that time. It’s fresh and full of little surprise even gotta messy at the end of series. And to be honest, that is my first time to liking a hero better than heroine. Lee Mong Ryong’s character (Played so nice by Jae Hee) feels fresh and delightful, while I pointed that Chun Hyang’s character (casted by the Korean Barbie: Han Chae Young) is too boring. That is their first work of series so..yeah you may accept it. Further more, I watch almost all of their creation except Hong Gil Dong and Accidental Couple (ironic, since both series don’t follow the typical that I’m gonna share-taken from other reviews, which I believe will break my opinion). As mentioned above, I’ve found some typical of their works which I listed below (and by these I mean Delightful Girl Choon-Hyang, My Girl, You’re Beautiful and My Girlfriend is Gumiho): 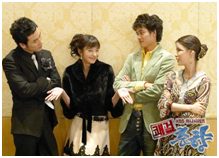 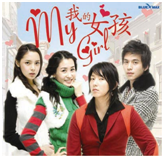 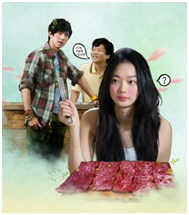 END_OF_DOCUMENT_TOKEN_TO_BE_REPLACED

This is MC Mong’s International support anthem. You have known the youtube video presented by the international fans to support him don’t you? This time I present the lyrics and translation (as usual taken from other since I’m incapable to do that). 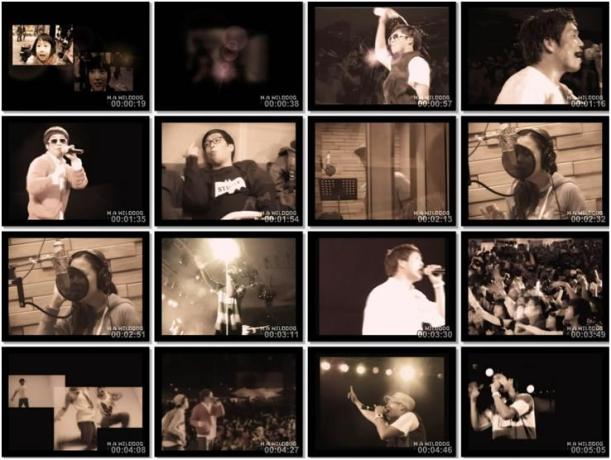 The thumbnail aboves taken from the real music video for this song, below is the thumbnail from international fans project:

and per usual, here is the lyrics: END_OF_DOCUMENT_TOKEN_TO_BE_REPLACED

Put aside for my routine in this blog, this time I want to make a thought about Korean wave or for simply “Hallyu wave” as most of us have known. For simple, Korean Wave is a term used for the expanding Korean culture in the world. The question is why?

Well, the answer is not as simple as the question. Korean wave does not start in just one time like tsunami, well in a word, since it’s a wave so it’s continuously exist. It start in 2002, when Korean drama Winter Sonata dominated rating, leading the drama to be broadcasts in another country and starts the stardom for the stars, particularly the male lead such as Bae Yong Joon,(including the already descend star, Park Yong Ha). The wave continuing it attack, just like the abration you’ll see in the sea, just this time slowly and not that much effect. For example many dramas such as Dae jang Geum, Full House and so on.

2009, Korean wave attack again. This time through the music. World love dance yes, and Korea give so much about that. They are famous for their girl group(s) and boy group(s), and also their dance. These stars are what we’ve known as idol. And through the casualities in South Korea, the idols usually stars in to variety shows to promote their song, and in other side, the variety usually about fun and through this way, the idol(s) got so much love.

Other reason is the korean netizen -most of them are fan group/club of a/some stars- are active netizens, and through them all the information spread more than wind speed! The korean media also supports this acts via publishing it in their headlines and else, even in simple to ridiculous voting like “which celebrity has the fairest skin”, ridiculous, yes, but we (as netizen who seek fun in life) love that kind of trivia!

Further more, even though they use Hangeul alphabet in order to write the news, it proven to be easy to learn, made people (who learn hangeul instantly) absorbed in their culture and so on to test their ability. Well, I’ve proving to my self when I want to, I could catch some words to understand what did they mean in drama (though a simple, single words like “oppa, Hyeong, johae, nomu and else”). I’ve proving that you too could learn hangeul instantly! (Hey, I learn how to read it just from wikipedia and less in one night -even though I still don’t get to fluently to read and translate it-)

For this time, I think THESE all are the things that support Hallyu until now, and it still spreading. It’s okay to love anything new but also remember, Korean fans are famous for their fanatic acts, anti(s) fans and harsh acts. So don’t get absorbed in that one, OK? Do not bash other comments or mock other artists, every person has their own favorite (based on my personal experience).

I kinda get bothered for young and immature fans who love their harsh comments.

No offense. Enjoy it!

This is me..in case you want to see kkk~

What we are talking about…

I don't upload things to mediafire anymore, it keep deleting them...so go and grab the link from box on the right corner of this blog. Enjoy!